Fra bryggeriet:
“If thrown in the old jailhouse, this is the beer we cook. Jailhouse Brew is complex and opaque like the story that got us locked up. It’s coffee, smoke and body salts behind iron bars, and it’s strong enough to get us out again.”

JB, as we like to call the beer, is brewed with 5 different barley and rye malts as well as oats. The oats lend smooth silkiness to the beer, the rye helps deepen the range of roast notes and a little bit of smoked malt adds yet another layer of complexity. With JB we want (no past tense here!) to create a smooth imperial stout that touches the whole spectrum of stouty flavors and aromas from coffee and chocolate to salt and smoke while still being very drinkable. JB uses all UK hops and yeast and the water profile of deeply buried Estonian ground water. 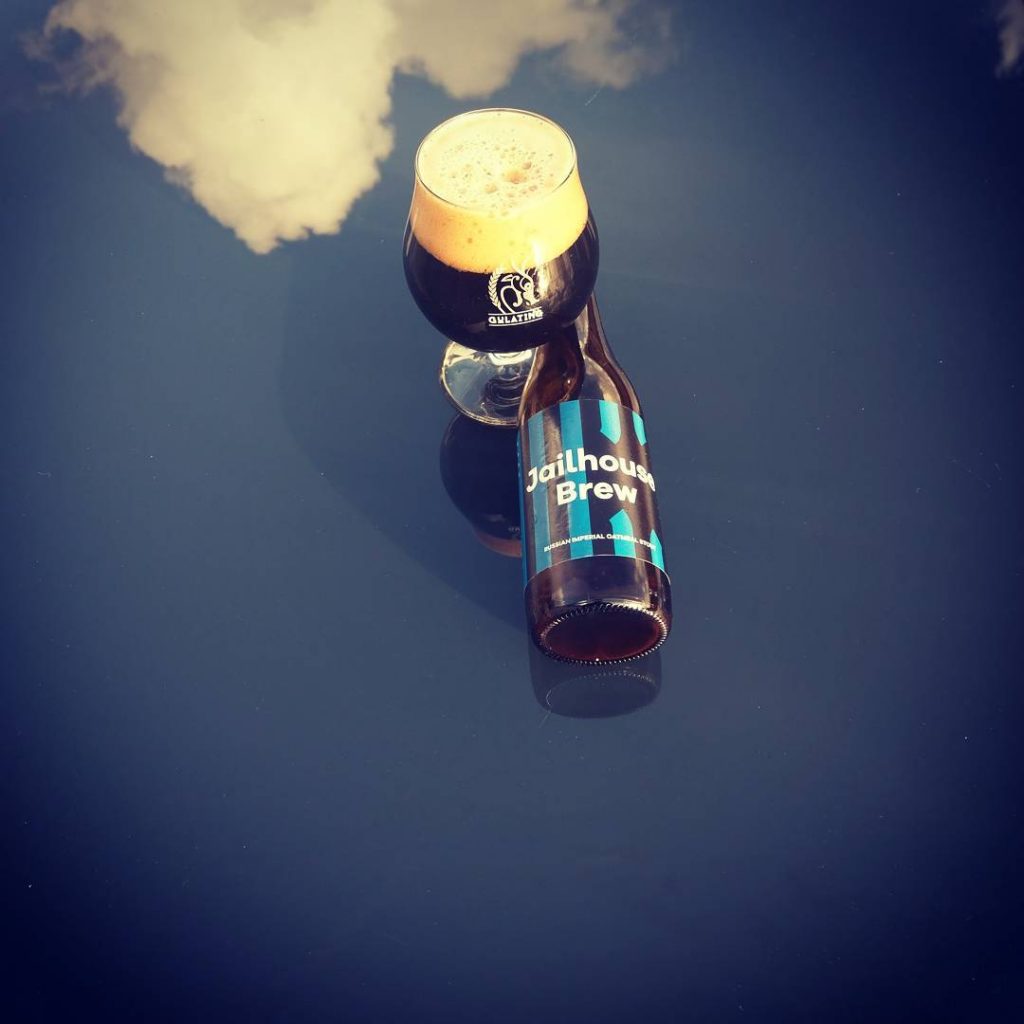